You will be familiar with the phrase “the wrong side of the tracks” which generally refers to the lower socio-economic side of said tracks. In many a Hollywood movie, the less than des res address of the hero is a significant barrier to social progress or even wedded bliss.

Right here in Bassendean our own right side / wrong side debate rages. Bassendean is a town divided against itself by the hard iron lines of the Midland to City railway. Which side is the best side has been a discussion best avoided if you are visiting from the other side. 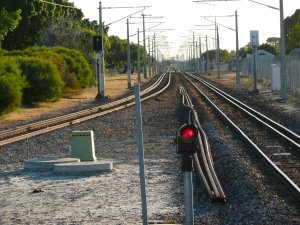 When I was a young and living on the Northern side, we were pretty sure that our side was the best. After all, it was the more recently developed side, and in the heady years following the space races, anything new was better. Ths South side was seen as a bit passe.

But since this time, a wave of nostalgia and environmentalism has swept the suburb and cottages and riverbanks are back in style, in spite of the disadvantages of leaking roofs and mosquitos.

I have recently made the move from North to South and I seem to have swapped my allegiance unpatriotically quickly.  South has the donwtown, the river, the footy oval, the Bassendean city farm and the petrol station. Admittedly, the North side has Charlie’s, Ida St. Deli, faster access to Galleria and the Arboretum.

North or South, please let me know whether your side rules, or whether you long to make the switch to the other side of the tracks.

For the 99.9% of Bassendean residents who missed it, here are some photos of the Planet Earth Festival. What does the main street of Bassendean look like when we put on a festival? 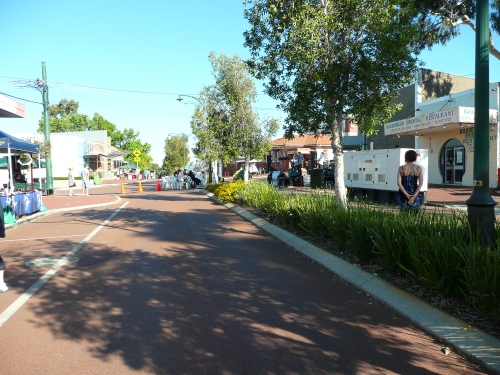 Slightly less busy than when there is no festival.

These stall holders must have been pleased to have received  so much attention by working on Saturday and Sunday. 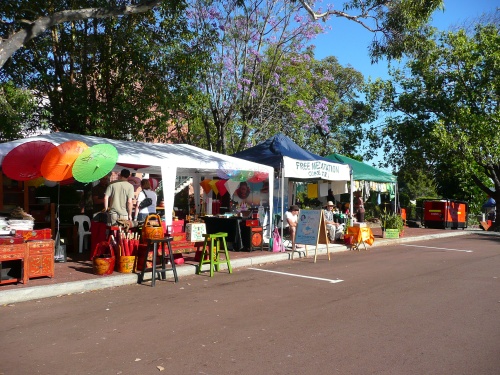 And the bands were really pumping – shame about the audience.

It is painful to see a whole lot of rate payers money being burned for no good reason. Only last Sunday, a street festival was held in Angove St, Leederville. This was a great success as it was advertised as  ‘Cappucino Festival’ with large banners on busy roads around the city for a couple of weeks before the event. Town of Basso staffers take note – if you are going to spend money on a festival – make sure people know it is on. There is a lot of competition in entertainment at this time of the year. The local mall was open on the same Sunday as this festival. This means you need to persuade people to come to your party.

There are many ways this festival could have been better promoted – a poster at the Bassendean Railway station would have been seen by many, many people. Instead, the Town used on the same signage they have on the streets all year round. Obviously, people have stopped looking at these. I could go on and on, but I think the pictures speak for themselves.

And I think there is a law against a band playing for over 12 hours without a break. Yes, the sky could be falling after that performance. 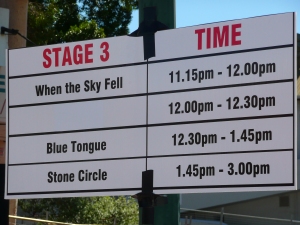 Ratepayers – please vote for no festival next year.